Alert The Oklahoma Aquarium is Closed Read On...

The secret world of the octopus 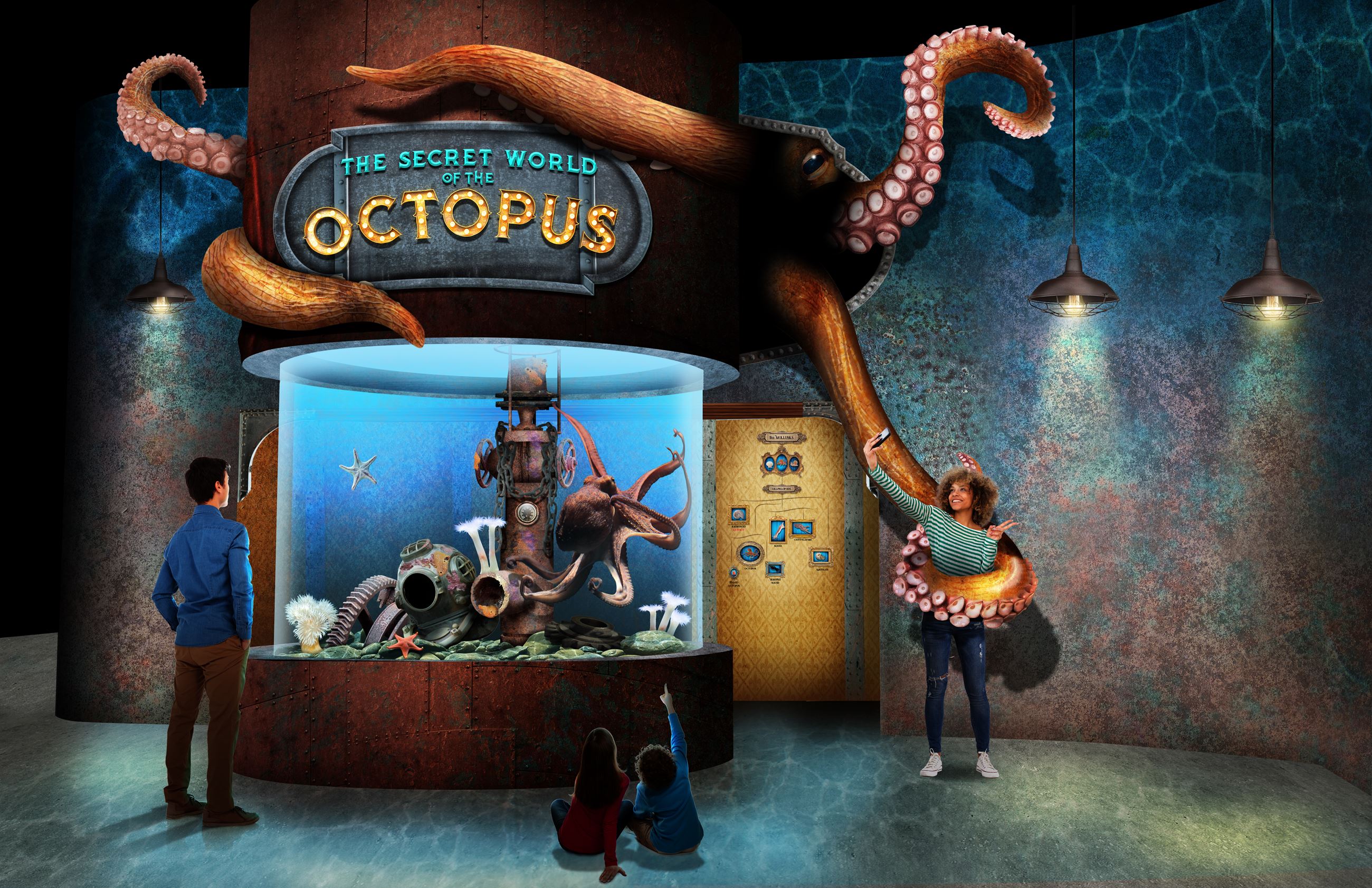 The Oklahoma Aquarium is excited to announce the construction of its newest exhibit: The Secret World of the Octopus. The exhibit will allow visitors to see a 360-degree view of a giant Pacific octopus in a large cylinder tank with a shipwreck-themed structure.

“It will be a very impactful exhibit for our guests because it is one of the most popular animals at the aquarium,” says Kenny Alexopoulos, COO of the Oklahoma Aquarium.

This is the aquarium’s first exhibit funded entirely through public donations. Fundraising for the new exhibit began March 6, 2018, when octopus wristbands went on sale to the general public for $3 each. The “Expand with a Band” campaign sold nearly 40,000 wristbands by the end of 2018 and raised $110,000 for the exhibit.

“We are so grateful to the community for making it possible for us to create a larger and more spectacular home for such an amazing animal,” says Alexopoulos.

The giant Pacific octopus is the largest octopus species; it can grow to 16 feet and weigh more than 100 pounds. This species can regenerate lost limbs and are masters of camouflage with the ability to instantly change color, texture, shape, and movement. Many consider the giant Pacific octopus as the most intelligent invertebrate in the world.

“An octopus is an invertebrate that has the intelligence to rival many species of mammals,” says Alexopoulos. “It is also a master of camouflage and a stealthy predator steeped in lore.”

The exhibit will open in the spring of 2020.